The Language of Flowers

While symbolism has been attributed to flowers for centuries, more detailed associations with flowers and their colours began in England in the Victorian Era. Floriography, the language of flowers, became a form of communication. 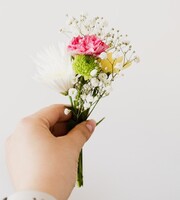 With chaperones close by, flowers became the way lovers could express their feelings without ever uttering a word. Emotions attributed to each flower were often positive ones, conveying messages of love and longing. Negative emotions were also attributed to certain flowers - apologies or confessions could be sent with the right selection.

"Happiness held is the seed; Happiness shared is the flower." -John Harrigan

Meanings attributed to the flower were sometimes taken from the plant's biological name in Latin and its meaning, while others were taken from the shape, colour or look of the flower. Books called floral dictionaries were published and patrons could use these writings to decode the messages sent by suitors.

One of the first books on floral language was published in 1811, followed by a number of books on the topic. One of the most famous was The Language of Flowers, published in 1884, with accompanying drawings of flowers and herbs by Kate Greenaway, a 19th century artist and illustrator of children's books.

Sometimes only a single flower was sent, at other times, large bouquets with several flowers carefully selected for their meetings. Nosegays or tussie-mussies, small bouquets, were exchanged between a gentleman suitor to his beloved lady. These fragrant posies were made up of flowers and herbs and wrapped in satin or lace or placed inside a silver posy holder. Each flower or herb selected for the tussie-mussie conveyed a message to the receiver.

Today, we still use flowers as a means of communication. A bouquet on Mother's Day, a birthday or wedding, conveys a message of gratitude, thanks or congratulations, while a bouquet at a funeral is one of sympathy and sadness. 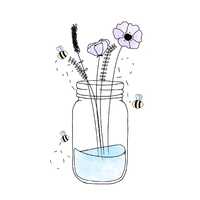